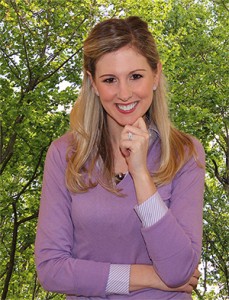 I remember in high school the very distinct feeling that I would never understand men. The boys I had dated long-term in both high school and college sent me such conflicting messages that I truly believed men simply didn’t have emotions. Not like women did, anyway. After all, how can you tell someone you love them one day, and then blow them off to party with your friends the next? It seemed like I was always waiting to hear how the guy felt, what he thought, and where he decided our relationship was going. Everything was on the guys’ terms because I cared too much and wanted to work through anything, while they took their time mulling over the pros and cons of being with me. It was frustrating, demoralizing, and exhausting. I remember thinking, “How in the world can I sustain a relationship with any man if they aren’t as emotionally invested as I am?!”

Luckily, after I graduated college, I met and dated a man that showed me that not all men are cut from the same cloth. He was sweet, fun, and the first real relationship I’d ever had. Thanks to him, my previous stance on men being void of emotion completely changed. I realized there would be men in the world that would match my emotional investment, and I learned a few very key insights that helped me continue through the dating world to end up happily married to my wonderful husband today. Had my mentality not changed on this, I might still be dating in circles right now.

Here is what I want to pass on to women who feel as I did back then.

If you want to ask me personal questions about your relationship, you can contact me through my website or you can ask on Twitter. Follow me @iamjessmccann to ask about your own dating dilemma.

If you want to learn more about how to interact with the guy you are in a relationship with, check out my newest book, Was It Something I Said? The Answer to All Your Dating Dilemmas for advice on how to get through uncomfortable conversations and sticky situations.